On The Correct Construction of Le Divinae Motum Orbis 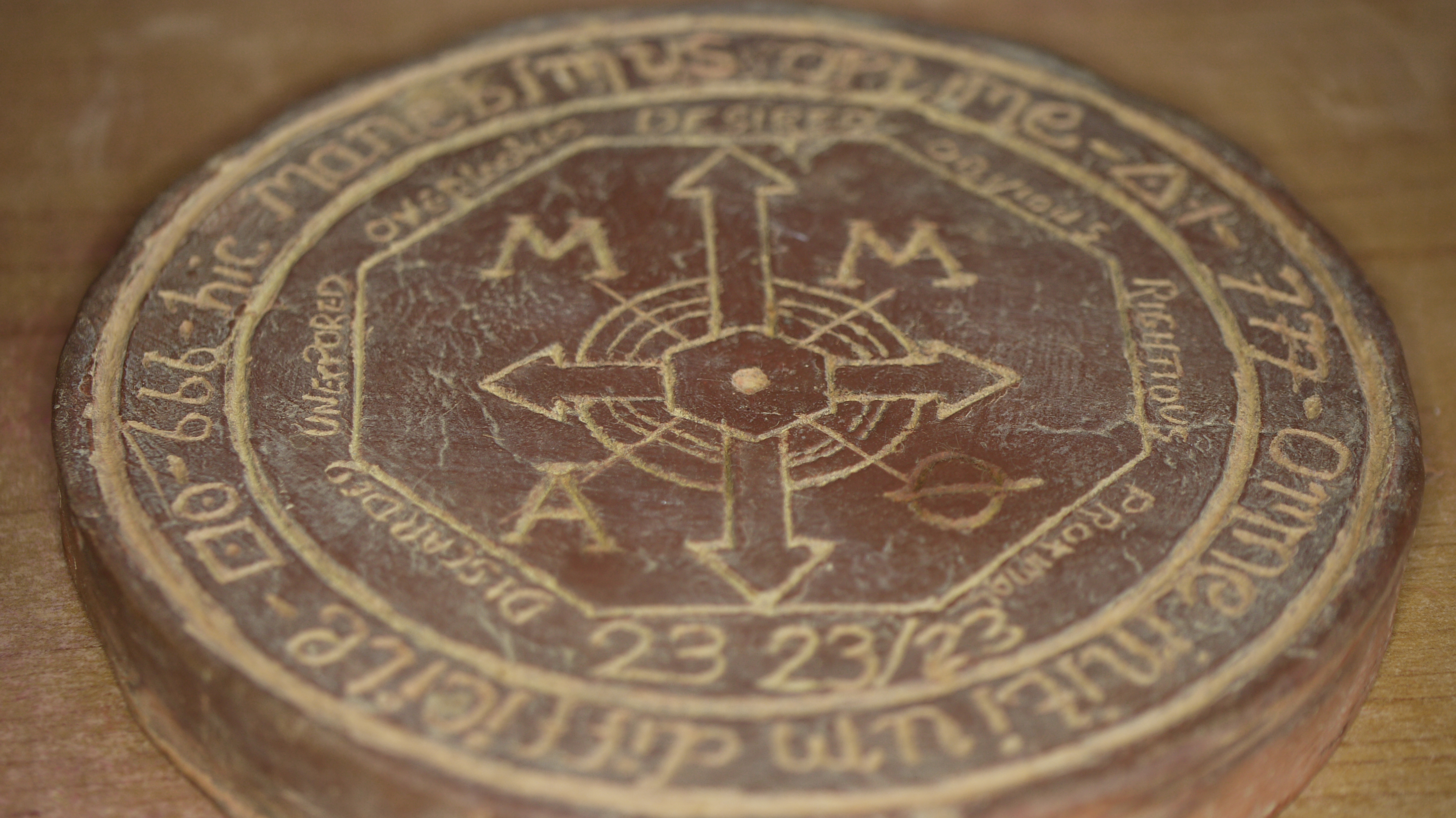 The traveller is to construct a clay disk of between 10-25cm diameter (15cm is best) and between 1-3cm in thickness (1.5cm is best)

The best clay is that which the traveller has dug himself and brought back from a foreign land (“ut quæ tibi domum” – literally: “That which we bring home“)

The compass is to be situated off centre in the middle of the Orbis. The correct ratio of the Compass arms are:

About these arms are inscribed the letters: M M and A and Omega.

Outside of the Compass is to be an octagon. Outside each side of the octagon is to be inscribed the Sensus Autem Huius Partis (Literally: “The Sense of This Part”)

Above this cross is a triangle within which is an eye on it’s side and five dots, again place according to the wishes of the traveller.

The clay is then to be sealed by heating with a mixture of one part olive oil and one part beeswax. The best olive oil is that which has been extracted by the traveller and the beeswax that is procured without harming a single bee.

Private instructions for consecration can then be given once the traveller has understood the meaning of this symbol.