This Divinae Motum Orbis (denoted “la”) is believed to have been created around 1902 by Edith Van Dyne. According to her diaries, the Sensus Autem Huius Partis were added some 27 years later. The material for the Orbis was collected during a visit to her great uncle, Capt. Hugh Fitzgerald.

The reverse of the Orbis is notable in that the triangle is hooked, a detail on which Van Dyne declined to offer comment. 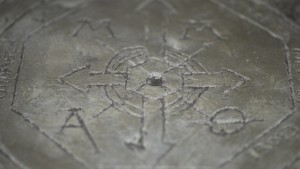 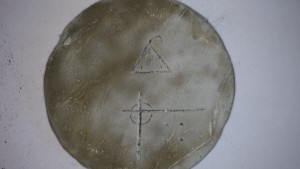