The metaphor: Saw self. So, what am I standing on? Bare feet on red hot coals. To left intense fire. Front fire. Right freezing cold ice. Behind nothing… as in no existence. Step left or forward, incinerated. Right freeze. Back …. Don’t exist.

So initially the client “sees herself” – classic “Boundary Violation of Associated Identity” to which the typical response is, “So what are you, the observer, standing on?” For those to whom this makes no sense whatsoever, please see this video before reading on:

So, fire to the front and left, ice to the right, nothing behind. Standing on hot coals. Let’s begin with some idioms:

Something that hasn’t been taught in the MoM trainings, but is worth pointing out here is the alchemical symbolism. Take a look at Crowley’s Thoth card, “Art”. These are archetypal themes that are explored as part of the curriculum for The Historia Illius Itineris.

Students of magickal symbolism may like to consider which direction (i.e. north, south, east or west) the client is facing in this metaphor. More on this shortly.

So, to identity – who or what is she?

The Ice Queen / Ice Maiden ?
The fuel added to the fire?
Someone who is either hot or cold, or nothing at all.

Now let’s consider this thing about magickal symbolism – classic archetypal imagery. Normally in metaphor, the person is orientated to the north (you’ll have to join The Historia Illius Itineris if you want to know more about that), however in this metaphor it is apparent that the client is not facing that way, she is in fact facing to the south.

The elements correspond as follows:

Just draw the metaphor and you will see which way she is facing. So we know what is missing – the physical element of earth, she has placed this behind her where she is not able to see it. “There is NO THING behind all this” “there is no back GROUND.”

Thus we know from the client’s description of her experience that taking any step in any direction doesn’t seem to help at all, in fact it makes it worse.

We could challenge the boundary violation of “there is nothing behind” but this would most likely be futile.

Which witch? I’ll let you ponder on that one. 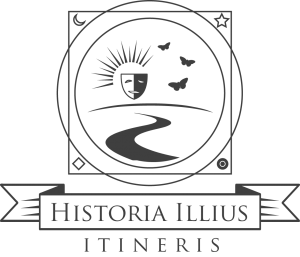