Internet Marketing and the Problem of Rockets 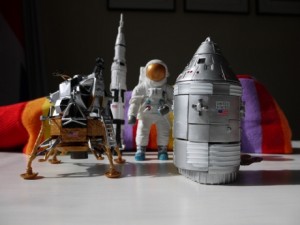 In recent months I’ve seen a number of worrying online trends coming from internet marketers offering their wares to an unsuspecting public. One such trend is the plethora of failed NLP practitioners who, having failed to get sufficient clients to make a living, offer programs on how to get rich from therapy and coaching.

As “they” say, those that can, do; those that cannot, teach. There’s an additional one I heard recently which is: and those who cannot teach, teach teachers.

I don’t wish to deride the teachers and trainers out there that do brilliant work, but like so many niches, their professional field is a safe refuge for people wishing to disguise their incompetence. Evidence of such concerns is sat here on my laptop in the form of public records that are published by Companies House. Accounts from training companies who have spiralling debt, enormous unpaid tax bills and outstanding legal action for failure to comply with the most basic company laws and debt payment.

Now, this itself is not indicative of anything in particular other than the simple fact that so many businesses fail, but what is interesting about these particular companies is that they offer training in extreme business success.

Classically: how to make a six-figure income from coaching, how to create niche marketing to ensure success, business mastery, how to make millions from online selling, and so on. Whilst some of these things claimed are undoubtedly possible, none of them has been achieved by the companies I am referring to here.

The training they offer is rarely just a few people gathered in a room to learn. No, they are grandiose mega-bootcamps, or exclusive elite small select groups, mystical retreats, executive gold personal coaching where you can be personally breastfed by the guru, and so on. Which, at the end of the day, nearly always equates to a bunch of people sat in a classroom.

Now to get to the point I am going to be making here. Such companies, their copywriters and trainers reveal themselves in ways that they themselves do not necessarily realise. Pay attention to their language, and in particular their use of metaphors which are often unconscious. You can learn lots.

Now, before I explain, it is worth noting here that when it comes to business language there are a number of themes to people’s metaphors.

For example, business as a building. We can design and build a business, build it on solid foundations, develop it, extend it, get blueprints for business and so on.

And there is business as agriculture. The business is growing, we can harvest the rewards, reap what we sow, sow the seeds of opportunity, explore pastures new and so on.

There is also business as a ship and shipbuilding. We build it, get people on board, launch it, weathering the storms, navigate through the choppy waters, hope it is all plain sailing, struggle to stay afloat, go fishing or trawling for new customers and so on. When it all goes wrong, they may seek a bail-out plan.

There are other themes in business metaphors of course, and different approaches to business will require different logical and behavioural constructs. The example I use on the Metaphors of Movement website is that of the chap that came to see me having spent much time building his business on a solid foundation (construction metaphor) and the problem was that he couldn’t seem to get his business moving forward (vehicular metaphor). The striking mismatch between what he’d built and what he wanted to have happen was totally outside of his conscious awareness.

These logical conflicts and incongruencies exist a lot of the sales copy of so many products and training courses for business and personal development. Another example I’ve seen on advertising copy recently is, “break through the things that hold you back.” Breaking free might a bit better, but “breaking through” doesn’t work so well.

Now, with the internet generation and a readily available mass media that promises instant celebrity status and stardom to the talentless and the gormless, we are seeing a new trend. A cultural obsession with stardom and the stars – nothing new in that – but it is now combined with the possibility of joining them, quickly and without effort, and, more importantly, without talent. Thus even the most vacuous members of the population can join them. Personally, I’d enjoy those TV shows so much more if the audience were permitted to throw rotting fruit at them. Talent shows simply are not what they used to be.

One of the problems for business gurus and their wannabe acolytes arises from how we see celebrities to whom so many aspire to be – they are stars.

Logically, this leads us to: reach for the stars, reach for the sky, stardom, having the world at your feet, being on cloud nine and so on. Common expressions of celebrity success. Of course, there are plenty of others, and not all necessarily reflecting the “starlight” theme.

The trend that I am seeing is how so many “business gurus” are seeing success as something that is measured by the acquisition of such status. In terms of marketing position, they tend to promote themselves as stars in their own right. Nothing inherently wrong with that in itself, but the problems can arise with the “I’m a star, therefore, I am successful” equation when the financial balance sheets actually reflect the exact opposite of “success.”

You might be famous and admired, but you still have to work for a living.

Such naive thinking of “success = being a star” means that people measure success not by how much money is in the bank, but rather how highly other people think of them.

This ethic is great if you want to be a celebrity who does not need to have wealth in order to be famous, but this ethic is a total disaster when it comes to business and paying the bills and the mortgage.

And here’s where I get a bit angry. These business gurus will encourage you to give them your money and invest your time and more of your money in a strategy that is undoubtedly doomed from the start.

But that said, there are plenty of highly competent and highly respectable business gurus out there to whom the struggling businessman may want to pay attention.

So how do we tell the difference?

Well, watch out for the rockets. You see, for the status orientated business guru, it all pivots on the term, “launching a business.” Traditionally, launching is part of the ship and shipbuilding metaphorical theme.

But a lot changed in the 1960s when man started launching space ships. Rockets were launched long before that, and rocket technology was the technology that could make or break nations, especially at a time of global conflict such as the second world war.

Before that, airships were launched, but these were slow, exceedingly vulnerable and had a particularly nasty habit of crashing and burning.

Now, as stated before, a common tried and tested theme was that of the more common seafaring ships.

Compare this to the complexity of building a rocket or space ship. The costs are considerably different too, it takes the world’s biggest nations to produce a Space Shuttle or a Sputnik, but anyone can hollow out a tree trunk to make a canoe.

But not according to so many of the gurus promising effortless, rapid and extreme success in your business venture where they claim that you can sit back and leave the business running on autopilot. Skill is not required, nor is expertise or experience. All that is required is their plan and idea for businesses.

It does usually leave me wondering though why exactly such a successful business guru needs to be fishing in the pond for impoverished therapists and coaches.

In the advertising copy, we see examples such as:

“I’ll show you how you can launch your business and blast off to success.”
“With our proven formula, you can gain rapid momentum and blast your way to success to break free from anything that is keeping you down.”
“Reach for the stars with ______ training.”
“Rapid and effortless rise to success.”
“Meteoric rise…”
“…a rising star….”
“Rapidly rise above the competition.”
“The sky is the limit.”
“Have your income on auto-pilot.”
“Create an astronomical amount of wealth as you blast your way to the top.”
“Have the whole world at your feet.”
“Skyrocket your profits.”
“Gain altitude with our program.”
“It is like rocket fuel for your business.”
“This powerful process will literally blast your business into orbit.”

Pay attention to that last one. Literally blasted into orbit? That isn’t a good thing, by the way.

This sounds exciting and it sounds great. After all, who isn’t attracted to a spectacle of rockets and space ships being launched?

But such things can go dramatically wrong. They can crash and burn, they come back down to earth, they explode. And when things go wrong, a bailout plan isn’t likely to be of much help, depending, very much of course on the altitude.

Now, business metaphors reflect certain common themes. New themes are emerging all the time as technology and our way of life evolves, and of course, some businesses are conducive to rocket metaphors and reasoning.

But coaching and therapy as businesses to rocket upwards? I think not. Or at least, let me put it this way. If I am wrong, please show me the evidence.

And here’s the rub: If your business really does take off in such a fashion as you reach for the stars, is it really going to be particularly down to earth?